With more than fifty years of collective experience in environmental and land use law matters, our lawyers are recognized leaders in their field. ELC attorneys have experience in litigating cases in a variety of forums from federal and state court to administrative law proceedings. We also frequently appear before governmental decision-making bodies from state water management districts to county commissions. Our lawyers maintain a high profile, as authors of Op Ed pieces, legal articles and position papers, and as speakers at conferences and seminars. Our work has been featured in numerous news articles and garnered significant awards and recognition. Lisa previously served as Senior Staff Attorney for ELC, leading up the Center’s work in Palm Beach County. Before joining ELC, Lisa served as Assistant General Counsel with the Florida Department of Environmental Protection in Tallahassee where she focused on state lands and natural resource litigation. 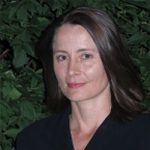 Ansley graduated with honors from Yale College in 1990, with a B.A. in Literature and Studies in the Environment, and received a J.D. from Harvard Law School in 1996, also with honors. She is a member of the Florida, North Carolina, and New York Bars. A native Floridian (and the daughter and granddaughter of native Floridians), she finds herself in Brooklyn, raising two native New Yorkers with her husband. When not working, she likes exploring New York City’s natural places with her children, learning about “wildlife gardening” in local community gardens, and trying to convince her children’s public school to build an educational bioswale and green roof. Elizabeth Fata Carpenter is a Managing Attorney with the Everglades Law Center. She focuses her practice on greater Everglades restoration issues, including implementation of the Comprehensive Everglades Restoration Plan, and environmental issues in South Florida impacting communities and the natural and built environments.

Elizabeth Fata Carpenter is a Managing Attorney with the Everglades Law Center. She focuses her practice on greater Everglades restoration issues, including implementation of the Comprehensive Everglades Restoration Plan, and environmental issues in South Florida impacting communities and the natural and built environments. Kelli Doré brings over 17 years of business operations experience with small to mid-size organizations in both the for-profit and not-for-profit sectors. Her experience encompasses operations and project management, change management, organizational development and corporate communications. In addition, Kelli brings her expertise in partnering with leadership teams, maintaining focus on the goals, while maximizing staff and community engagement.

Kelli graduated from Salem State College, with a B.A. in English and Communications, and received her Master’s Degree in Communication Management, with a focus on Corporate Communications, from the University of Southern California.

Kelli is currently working on her Master of Science in Natural Resource Policy and Administration from the University of Florida’s Forest Resources and Conservation program. Kelli also Chairs the Everglades Coalition’s Equity and Community Engagement Committee.

In addition to her “day job,” Kelli works with animal rescue organizations, serves on her local food pantry board and is actively engaged in programs supporting community welfare.  Kelli also enjoys spending time in the great outdoors, enjoying a day at the beach or gardening with her family.

The Everglades Law Center seeks an attorney with 1-3 years of experience to work on issues affecting the greater Everglades ecosystem and Miami-Dade County.  This attorney will join a unique and dynamic team of highly experienced attorneys and public advocates committed to advancing the restoration of America’s Everglades and protecting south Florida’s unique ecosystems. ELC offers a working environment that is flexible and responsive to not only changing environmental issues, but also the interests and expertise of its attorneys.

What We Do:  For more than 25 years, the Everglades Law Center has been a leading voice in the protection of South Florida’s environment and communities.  ELC represents more than 30 national, state, and local environmental organizations focused on advancing Everglades restoration and improving the natural and human environment of South Florida.  ELC attorneys use advocacy, negotiation, and when necessary, litigation, to achieve these goals.

Who We Are Looking For:  We are seeking an attorney with 1-3 years of legal experience.  The ideal candidate will have experience working within the nonprofit or governmental sector, a strong background in environmental law, and the ability to work closely with attorneys and other experts and advocates on a variety of legal, policy, and administrative matters. Familiarity with Florida and federal environmental statutes including the Water Resources Development Act of 2000, National Environmental Policy Act, Clean Water Act, and Endangered Species Act is a plus.  We are interested in someone with a solid professional and/or law school record, strong writing skills, and sound communication and interpersonal skills.  Fundraising and litigation experience is also a plus.  Above all, the attorney must have a passion for protecting the environment and be committed  to studying and practicing environmental law in the public interest.  Applicants must be admitted to the Florida Bar.

We are considering additions to this benefit package to be effective in 2023.

How To Apply: Please send a cover letter sharing why you’d like to join the Everglades Law Center Team, a resume, 2 professional references and a writing sample to:

Please no phone calls.  Interviews will be conducted with the most qualified candidates.  To learn more about the Everglades Law Center please visit us at www.evergladeslaw.org or our Facebook, Twitter, or Instagram pages.

We are an equal employment opportunity employer. All qualified applicants will receive consideration for employment without regard to race, color, religion, gender, national origin, disability status, protected veteran status or any other characteristic protected by law.